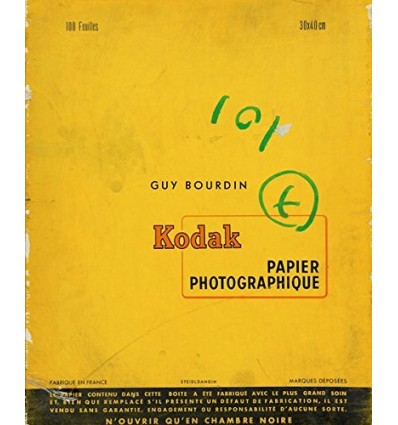 Collection presenting the first black and white photographs of Guy Bourdin, made in the 1950s. The images taken in the street show Parisian passers-by and mark the author's attraction for graphic design and cinematographic narration.

Notify me when available
Guy Bourdin was a groundbreaking image-maker and undoubtedly one of the most influential fashion photographers of the twentieth century. Intriguing and revolutionary, his work has achieved a cult-like following; the striking use of color, suggestive narratives, and surrealist aesthetics establishing a visual language all his own. Though best known for his color images, Bourdin launched his career in black and white in the early 1950s. Untouched explores this largely unseen work and gives insight into the early development of his photographic eye. The carefully constructed images, initially conceived as an exhibition series, reveal his artistic motivation years before he began working on assignments for French Vogue and Photo Femina. In both concept and composition, these photographs display his fascination with striking graphic layouts and narrative cinematic portraiture. Capturing people he encountered on the streets of Paris, Bourdin trained his eye to transcend the reality of the medium, developing a unique perspective through unconventional manipulations of the picture plane. Untouched is the first volume in a series of eight forthcoming books that explore the photographer’s complete works.

30 other products in the same category:

New York City Up & Down

Across the Ravaged Land Nick Brandt